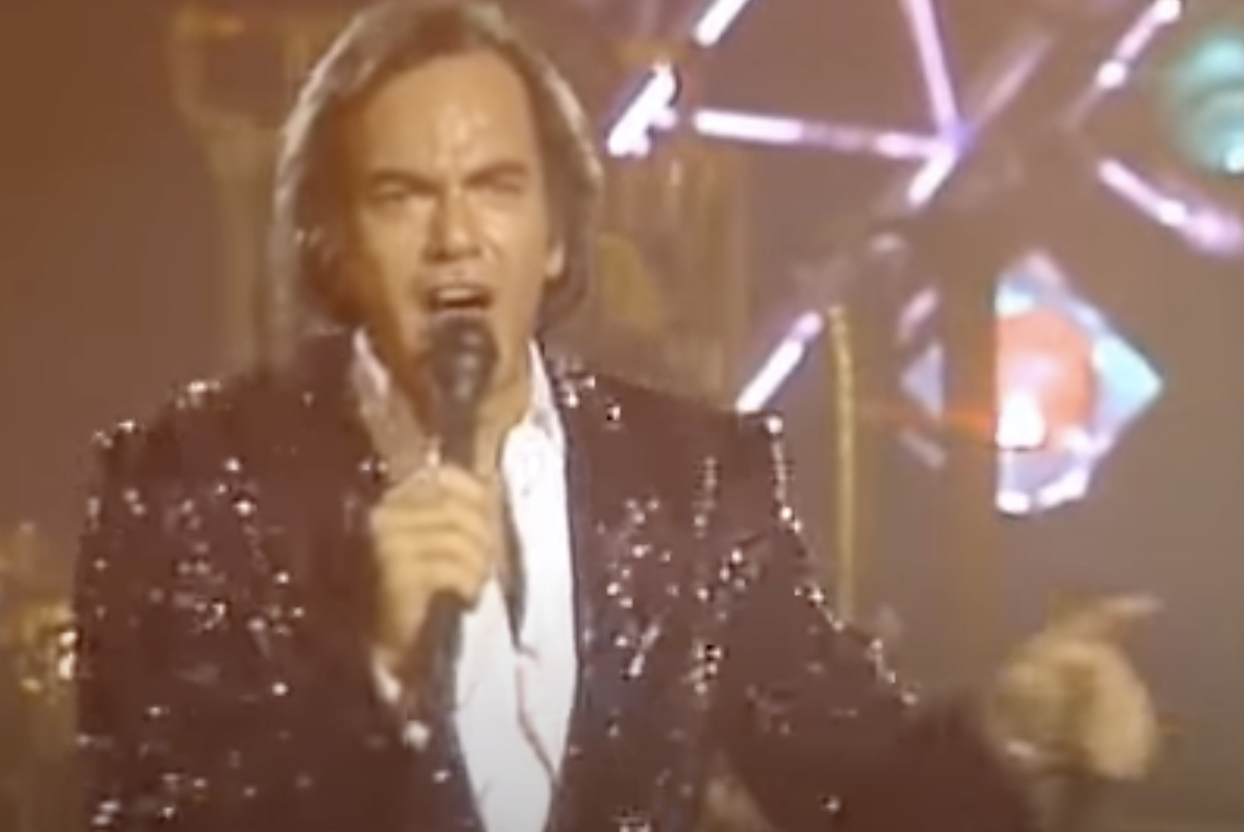 We touched on a set of Neil Diamond songs that work well for wedding first dance songs a few weeks ago, but his library of songs is just too deep to leave it at a single blogpost. We need to look at a few more Neil Diamond wedding hits to expand your perspective on this monumental artist.

How monumental? He was inducted into the prestigious Songwriters Hall of Fame in 1984; the Rock and Roll Hall of Fame in 2011; received a Grammy Lifetime Achievement Award in 2018, to name a few of his honors.

Mr. Diamond is not without his detractors, some of whom consider his music ‘schlock’. The public disagrees, as they have purchased some 130 MILLION of his records. But that’s the beauty of music: we all have different tastes. Diamond has spent a career crafting beautiful songs with lyrics that speak to the heart.

Take his hit song, Forever In Blue Jeans. The message is that love is more important than wealth. But he says it in such a fun way:

And long as I can have you here with me

I’d much rather be forever in blue jeans.”

These are memorable lyrics that stick with you. As you play this song for your first dance, most of your guests will be singing along. Take a listen:

Hello Again is a lovely song about longing for the woman he loves:

Just called to let you know

I think about you every night

And you’re there at home, hello.”

This slow ballad is highlighted by soaring strings, which heighten the romance. Here is country chanteuse Jennifer Nettles singing it in 2011 at a Kennedy Center tribute to Neil Diamond:

Neil Diamond wedding hits have to begin with I’m a Believer, one his earliest hits. Diamond wrote it for the Monkees, for whom it was a monster hit, and the song’s hook is perfect for your first dance song:

“Then I saw her face, now I’m a believer

Not a grace of doubt in my mind,

I’m a believer, I couldn’t leave her if I tried.”

What’s interesting about this song is the ‘Johnny Cash’ feel it has to it. It’s driven by acoustic guitar, just like Johnny Cash did it. Maybe it has something to do with Rick Rubin who produced this album, as well as Johnny Cash’s American releases.

This a passionate song about falling in love:

Play Me was a monster hit from Diamond’s iconic Moods Album, released in 1972.

Once again, he demonstrates the artist’s touch in writing lyrics that express the beauty of love:

“You are the sun,

I am the moon,

You are the words,

I am the tune,

Those 18 words say so much. That’s good writing.

Are you a Neil Diamond fan? We’ll play the Neil Diamond wedding hits of your choice on advanced equipment that’ll make you a believer that Columbus Pro DJs is the perfect entertainment choice for your big day! Check us out without obligation.

Dazzle with a Shakespeare wedding toast

Dazzle with a Shakespeare wedding toast